Organic top fruit harvesting is in full swing at Elshof Organic Fruit in the Netherlands. According to Robert Elshof, this year’s conditions are excellent. “Fortunately, most growers could irrigate. We’ve had a great summer which means the fruit is of exceptional quality and flavor,” he begins. 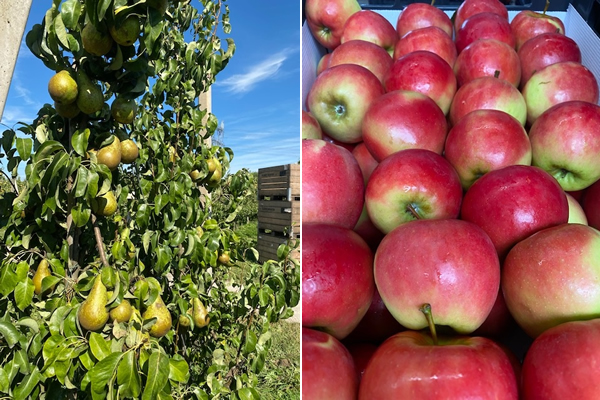 Robert says yields are good too. “Some years, you harvest more than was estimated; not this year. I expect we’ll meet the projection exactly. Last year was particularly bad for pears. It was so wet and dark; keeping the fruit in good condition until the end of the season proved to be a major challenge. You can usually technically store apples.”

“But that, too, was hugely challenging last season. That’s because poor conditions hit organic fruit even harder than conventional fruit. So, last season had a difficult tail end. The wet season caused quality problems, and consumption was lower. Plus, the market had a fair amount of overseas fruit,” says Robert.

“However, this season’s prospects look bright. We’re happy with the good harvest; we can make and keep agreements with our buyers. Still, there are uncertainties. Supermarket sales have fallen after the sky-high pandemic sales. And inflation is putting more pressure on the more expensive fruits and vegetables, including the organic segment. Fortunately, our European retail customers’ demand has grown. Local sales are becoming increasingly important to us.”

“That’s thanks to our cooperation with a Dutch wholesaler and supermarket chain. But Scandinavia and Germany, too, are becoming more prominent markets. We, luckily, have many loyal clients who stick with us throughout the season and we’ve had a fixed line to the United Kingdom for years. Plenty of volume goes there. Plus, once the French market empties later in the season, we’ll probably send the necessary organic fruit quantities there as well,” Elshof explains. 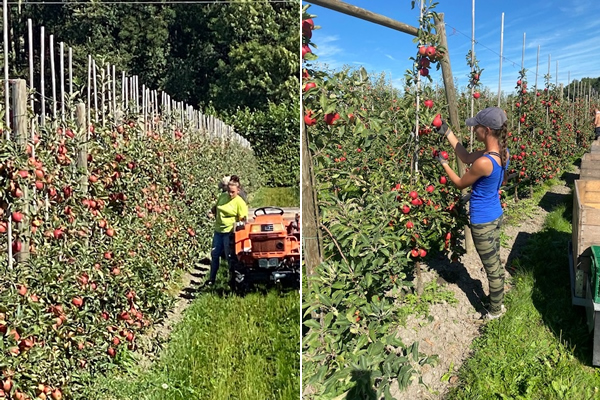 This year, Elshof Organic Fruit has planted a few more trees again. “However, this year, fairly few new growers are switching. A year like last year with all its disease pressure woes will have deterred many a conventional grower from doing so. But that planting shouldn’t grow too fast, either. Steady growth is fine; unusual growth just distorts the market. Good chain cooperation is vital too. Producing without buyers always leads to problems at some point. You should, in fact, know beforehand where your fruit will go.”

“Dutch organic cultivation could do with some expansion. Last year, there were too few organic pears to meet customer demand, and in countries where there’s increased organic planting, sales often rise faster. But we don’t know how the recession will affect our sector – organic is a pricier segment. Apples often outnumber pears in stores, but those sales are more a domestic affair. Pears are more of a European product,” Robert continues.

And then there is the so-called switchover fruit because of the required transition. Some chain parties want to make this a separate segment, but Robert is not one of them. “If you believe in the organic philosophy, I think you should be 100% organic. Of course, our group tries to find good markets for the switchover fruit, something we do quite successfully.”

“But we don’t think it should become a cheap organic version. I consider that transition period much more as investing in a healthy perspective – as you do with any new variety – with returns coming later. You shouldn’t focus too much on that before you’ve switched. A long-term focus is far more sustainable. If you’re going to grow organically for a quick profit, I don’t think you have any business being in the organic sector,” he states. 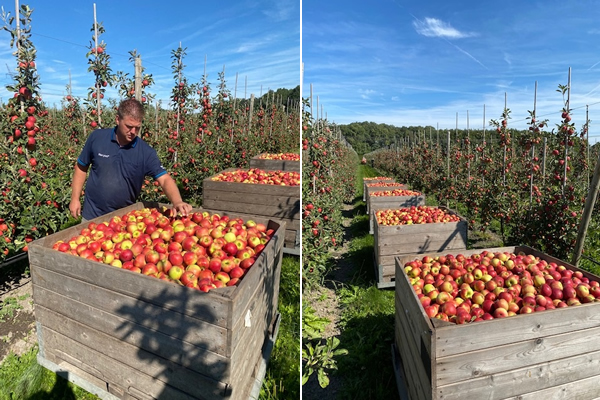 Conference and Elstar are still the best sellers of, respectively, the organic pear and apple varieties. “I don’t see that changing any time soon either. These popular varieties have proven their worth for years. Plus, fruit trees last a long time, so a new variety doesn’t just suddenly gain a chunk of the market. Nonetheless, we’re orientating ourselves well with especially apples. And, each variety has its problems, which become even more evident in a tough year like last year.”

“Elstar is, by far, our most important variety, but it’s not available indefinitely. We’re thus always looking for the ultimate apple for the second half of the organic season. Our BelleBio concept fits that bill well. This variety still has plenty to teach us, but the prospects look good, and volumes climb annually. We’re negotiating with our sales partners to use these to supply good apples year-round. Then we can compete with overseas imports,” Robert concludes.